What is the Advanced Development Program (ADP)?

The ADP program will:

Who is involved with the ADP? 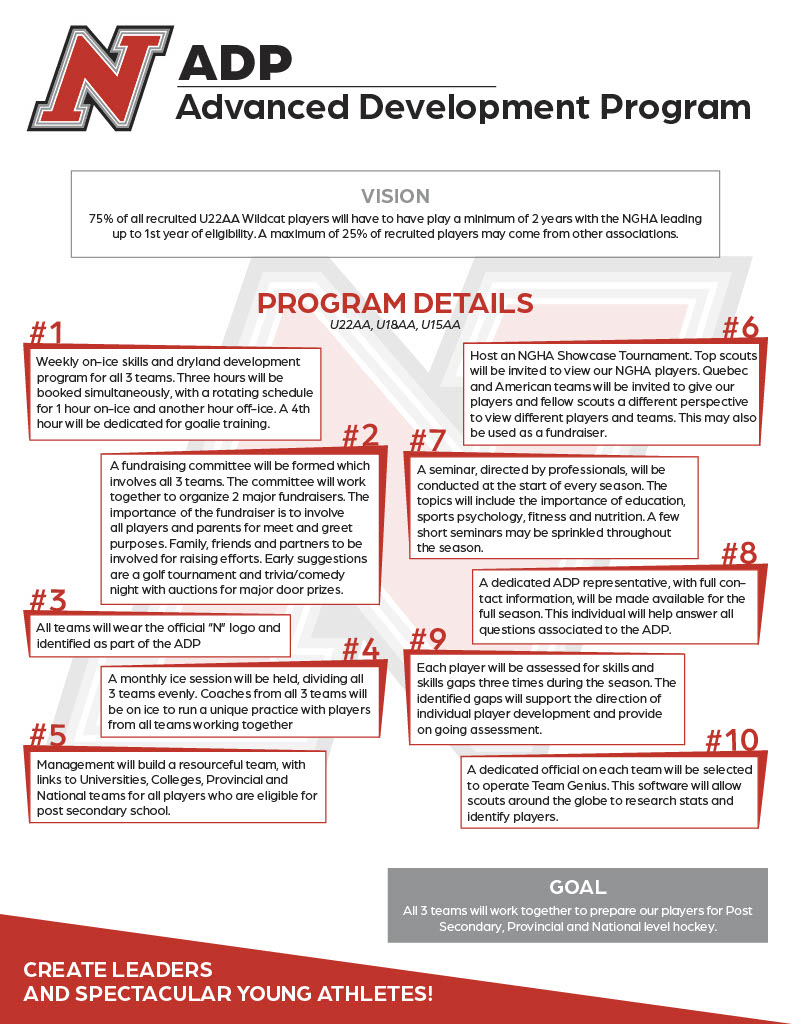 Rebecca is a U18 Hockey Canada World Champion (2014-15) and was recruited by and completed her post-secondary education at Boston University (NCAA Div1) where she was Team Captain in 2018. She was a member of the Canadian National Women’s Team Development Program (2015-18) and played for the Calgary Inferno in the Canadian Women’s Hockey League (2018-19). Rebecca also participated in the Canada - USA Rivalry Series in 2019. She is a Clarkson Cup Champion (2019) and was a member of Team Bauer of the Professional Women’s Hockey Players Association (PWHPA) in 2020.

Bill played post-secondary hockey at the College of Saint Scolastica, winning the National Championship twice and being named All-American goalie three times. This success lead to an invitation to the Minnesota North Stars training camp. He was the General Manager of the Kanata Lady Sens from 2018-2021 and has over 12 years’ experience coaching at the U15AA, U18AA and PW levels.
Bill has been a proud member/employee of the Ottawa Senators Hockey Club for the past 25 years.

Brendan was drafted to the NHL by the Toronto Maple Leafs and played 13 seasons of professional hockey in the NHL, AHL, KHL and Europe, including one season with our very own Ottawa Senators. Since retiring in 2016, Brendan has been heavily involved with the Ottawa Senators Alumni and coaching minor hockey.

Dan was drafted to the NHL in 1992 by the Detroit Red Wings. He played 11 seasons with the Edmonton Oilers, Philadelphia Flyers, San Jose Sharks, Boston Bruins and New Jersey Devils and coached minor hockey for 8 years. He is currently an assistant coach of the NGHA’s PW team.

WANT TO
GET IN THE GAME?

Tell your Team Manager to turn
RAMP Team on!

Do you want to reach thousands of users across hundreds of Minor Sports Association websites? Advertising with RAMP has never been easier! Get in touch with us now to discuss your needs.